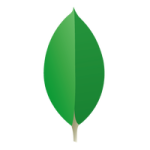 From the “Well, that took a while” files, 10Gen have announced they are changing name to MongoDB Inc. This is heralded in a new era of confusion between open source software and the company that develops it. MongoDB Inc says the 10gen name belonged to a time in the past (2007) when the company was going to build a open-source cloud stack and MongoDB was the data storage layer… well the rest of the stack didn’t arrive, people like MongoDB and thats why they changed. So from now on we’ll have to use clumsy postfixes like “MongoDB the software” or “MongoDB the company“.

Of course, in a couple of years time when they have a whole new product emerging internally they will be kicking themselves that they made the product name the company name, but thats the joy of rebranding. At least they remembered to put in clean redirection to the renamed site; there’s nothing worse than a rebranding which leaves the old name behind as a feast of 404s. Pity though… 10gen… 10gen… it sounded like a corporation in BladeRunner or Syndicate – I’ll miss it as a name.