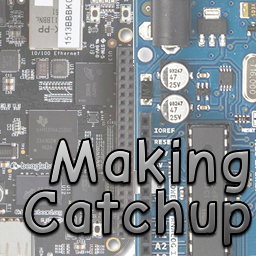 Raspberry Pi Model A+ breaks cover: It seems that there’s been a leak on the Pi A+, the compacted version of the Pi less Ethernet, as its being reported. The cut-down Pi now has microSD and a 40 pin GPIO to match the B+. It still lacks the features that made the ODROID/W so interesting – LiPo battery support and real time clock on board. It does retain one thing from the Model A, the question of who’s it actually for.

BeagleBoard X15 leaks: What next for the BeagleBoard, the original board for the BeagleBoard project and predecessor of the most neat BeagleBone Black. Well, the answer appears to be the BeagleBoard X15. On the board, a dual core A15 CPU clocking at 1.5GHz, 2GB RAM, hardware video decoding, bristling with ports including SATA, two GB Ethernet ports and USB3.0. It looks splendid and we look forward to it landing in February 2015.

Going 68K in a week: We previously mentioned a project to build a 68K single board computer and Hackaday has an update in that it seems the developer put a prototype together in a week. It’s epic retro-computing work and highlghts the challenges that early system builders had in bringing early processor power to play.

Cheap Wifi: There’s a board, ESP8266, which offers a Wifi board for $5 or so. Madly cheap, terribly documented and a real challenge for hackers. Hackaday points us at a project on Instructables which shows how to use the board and an Arduino to pic up email and display details on an LCD screen. Useful.